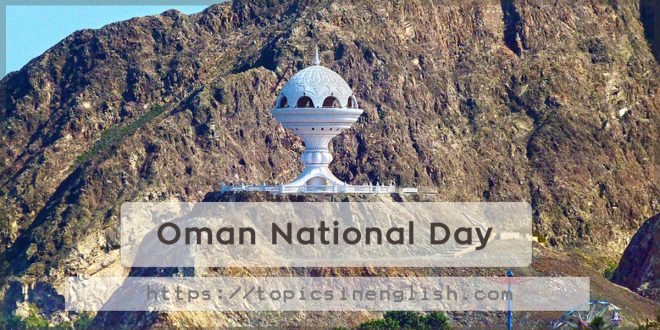 The Sultanate of Oman

Every year on the 18th of November, the Sultanate of Oman celebrates its national day, so that this feast and its celebration and anniversary will be an annual stop for all Omanis on the march of building and developing their country, which was initiated by Sultan Qaboos bin Said,  which is one of the influential countries in support of the Gulf and stability in spite of the political calm outside and internal rule of the country.

On July 23, 1977, Sultan Qaboos bin Said announced the start of the Omani Sultanate’s renaissance process. The country began the process of building the modern state, which aims at developing the country and establishing the proper balance between the Arab heritage and the requirements of the modern and present times, and this goal requires modernization and novelty in all sciences and technologies in all areas of life and development.

The Sultanate of Oman has succeeded in building a modern and strong state and has a friendly relationship with the surrounding countries. It also believes that the main objective of development is to develop the country and develop it in a way that suits the country. And we observe this in the social, economic, educational, educational, health and other fields.

It is worth mentioning that the Sultanate of Oman is distinguished from other Arab countries surrounding neutrality, non-alignment and non-interference in the affairs of others. It prefers political isolation. It has been described as one of the countries that try to establish an alliance with others as a state of peace which causes not entry of the state into any conflicts or political divisions, which had a great positive impact in the state in general.

We have provided you with information about Oman National Day ,and you can read more information through the following section: