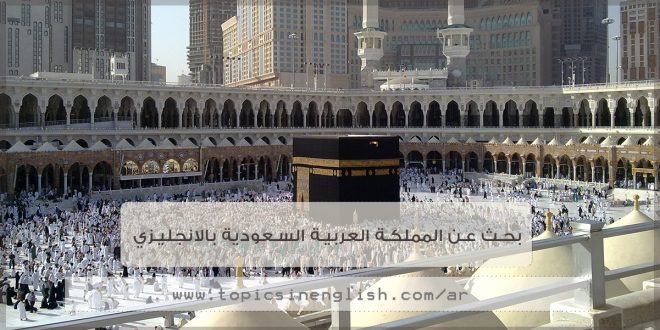 Saudi Arabia is officially called the Kingdom of Saudi Arabia and it is a state located in Western Asia and constitutes the largest part of the Arabian Peninsula and its capital and largest cities Riyadh. The area is estimated at 2,149,690 square kilometers bordered to the north by Iraq and Jordan and to the west by the Red Sea to the south by Yemen and Oman and to the east by Kuwait, Qatar and the United Arab Emirates as well as Bahrain, which is connected to the Kingdom through the King Fahad Causeway on the Arabian Gulf.

The Kingdom of Saudi Arabia is of historical importance because it is considered the cradle of the message of the Prophet Muhammad, peace be upon him. The Islamic state started from it, which stretched from the far east to the far west, was Saudi Arabia. It was a group of tribes and communities that were few and far apart, After its establishment by Abdul Aziz bin Saud in 1902 and the discovery of oil in these communities have been converted to a number of  developed and large cities.

In addition to the establishment of a number of other modern cities to serve their interest and compete with other global cities, the number of cities (forty-four cities) distributed in (thirteen administrative areas), and the most famous cities are the following:

The number of cities in Saudi Arabia is 14 main cities, the most important:

The city of Mecca: Located in the western part of the Kingdom is the holy city for Muslims with a population of about onemillion and a half people.

Madinah: The city contains the tomb of the Prophet peace be upon him and a lot of mosques, including the Prophet’s Mosque and the Mosque of Quba, and has a population of more than one million people in addition to the thousands of visitors coming to the city.

Riyadh: It is the capital of the Kingdom and has the headquarters of embassies, ministries and government institutions, with a population of more than five million people.

Jeddah is the gateway to the Two Holy Mosques and the second largest city in Saudi Arabia with a population of about 3 million.

Dammam: where the first oil well was discovered in 1937, and also the eastern port overlooking the Arabian Gulf, estimated to have a population of one million people. 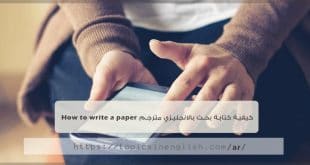 كيفية كتابة بحث بالانجليزي مترجم How to write a paper 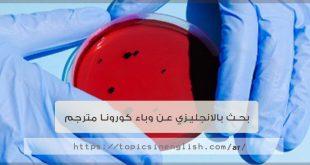 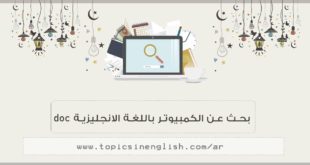